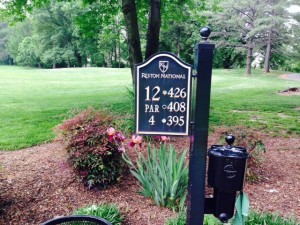 RN Golf never actually got its case to the Board of Zoning Appeals. While it was on the docket and postponed several times in 2012 and 2013, it was deferred indefinitely in summer 2013.

RN Golf, a subsidiary of Northwestern Mutual Insurance, asked the county in the spring of 2012 for clarification on the course’s status. Even though it was commercial/open space, the company cited complicated Plan Residential Community rules written in 1970 and 1993 as options for the 166-acre space being deemed residential.

Fairfax County then responded that the course is open recreational space, and if the owners wanted something different, they needed to seek a rezoning.

Hudgins said in a statement on Friday that any redevelopment of the property for uses other than a golf course or open space would require an amendment to the Reston Master Plan, which is part of the Fairfax County Comprehensive Plan, approval of a Development Plan Amendment and approval of a PRC plan from the Board of Supervisors.

That’s a lot of hoops to jump through, especially since the Board of Supervisors earlier this year approved Phase I of the changes to the Reston Master Plan with the golf course space firmly remaining as one.

The county is well into Phase II of the updated comprehensive plan amendment, which will guide future development neighborhoods and village centers. Phase II has several areas in which it speaks of Reston’s commitment to open space and recreational areas.

The Phase II strawman text states that both Reston National and Hidden Creek Golf Courses “are planned for private recreation use, more specifically to remain as golf courses.”

Meanwhile, the county earlier this year called for public land use proposals for Phase II. Fairfax Hunt Club, for example, inquired about changing zoning from recreational to residential. RN Golf did not file a land use proposal at that time.

“This is an interesting time for the owners of RN, which includes the majority owner Northwestern Mutual, to again take up this battle,” Rescue Reston’s board said on Friday. “Reston is in the midst of Phase II of its Master Plan revision, and though it is only a guideline, text has been specifically added regarding the two golf courses that are an integral part of Reston.”

Rescue Reston is a citizens group organized in reaction to the original zoning appeal in 2012. Many of its most vocal members are homeowners whose properties back to the green, rolling hills fairways of the golf course. They would like them to remain that way.

Rescue Reston, which held rallies and fundraisers last time around, says it will announce its new plan of action later this week.

The Board of Zoning Appeals hearing would likely take place in January or February.

RA also says it remains opposed to the golf course land being redeveloped for residential use. President Ken Knueven also said RA is willing to consider a purchase of the golf course in order to keep Reston a golf course community.

While RA takes in revenues of more than $16 million annually, it spends nearly that much in operating expenses and has large expenses in maintaining aging community amenities such as the pools and tennis courts. It would remain to be seen whether RA could afford to purchase, operate and maintain the golf course without a large rise in assessments or borrowing money.