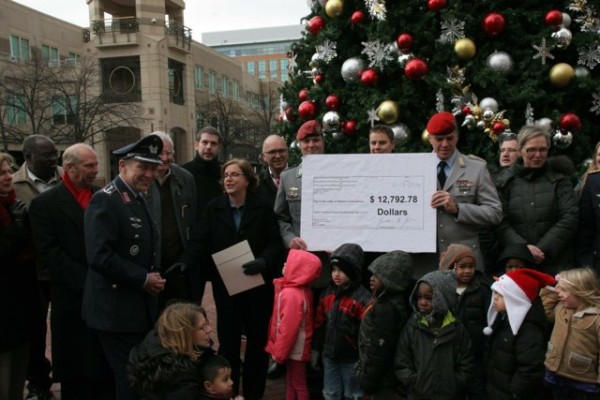 Christkindlmarket Helps Cornerstones — The German Armed Forces Command, which has a headquarters in Reston, presented Cornerstones with the proceeds from its annual Christkindlmarket. The outdoor holiday shopping and food festival raised more than $12,000 for the nonprofit.

Don’t Speed Through Toll Gates — Speeding through some area EZPass toll lanes could get you a ticket. Find out where. [WTOP]