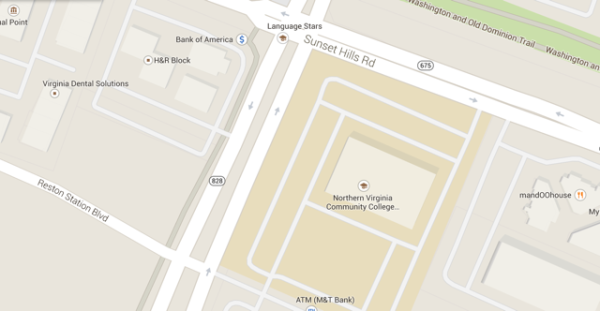 Developer JBG is seeking to rezone an office building at 1831 Wiehle Avenue in order to build a mixed-use development on the parcel.

The building is currently zoned Medium Intensity Industrial District, as was all space located in the area adjacent to the Dulles Toll Road until about four years ago. The Fairfax County rezoning application seeks to designate the land as Planned Residential Mixed-Use (PRM).

According to the application, the rezoning proposes 504 multi-family residential units and up to 61,000 square feet of complementary retail uses.

The mixed use development would add to the growing number of options close to the Wiehle-Reston East Metro station.

Comstock is currently constructing 450 units at the BLVD apartments at Reston Station, on top of the Wiehle-Reston East Metro parking garage.

Work will begin this fall on a 421-unit residential building in the 11400 block of Sunset Hills Road, a small retail and mini-storage center currently sits. Chuck Veatch, who is developing the property along with Bozzuto Development, also had to get the parcel rezoned from Industrial to Planned Mixed Use.