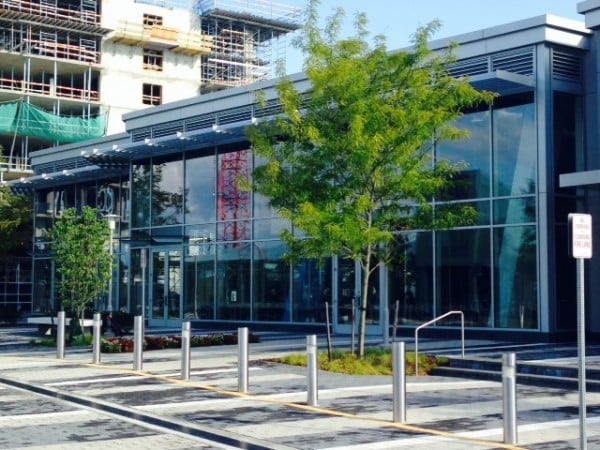 Comstock announced on Monday that the 11,000-square-foot retail center at Reston Station would become The Stock Market @ Reston Station.

They envision it is as a hip, urban dining and shopping destination. A place to get a glass of wine, an excellent latte, a spot at the oyster bar or pick up a carefully curated artisan gift or gourmet treats.

That leaves a blank canvas for 10 to 25 merchants to set up shop here. Others will test the market with food trucks or pop-up stores.

Michael Holstein, the area businessman who is organizing the project, sees it as similar to D.C.’s Union Market.

For the unfamiliar, developer Edens took an old market in Northeast D.C. and opened it with the new concept for artisanal wares in 2012. It has proven to be so popular that the neighborhood around it is expanding and gentrifying.

The Stock Market will likely feature two full-service restaurants, with the rest of the vendors in smaller, booth spaces, said Holstein.

So with that in mind, what would you like to see set up shop here in Reston? The developers are listening, so speak up in the comments.