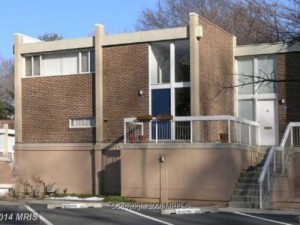 This is an Op-Ed by Hickory Cluster resident Blake Travis. Something on your mind? Share your thoughts by sending a letter to [email protected]. Reston Now reserves the right to edit submissions.

In the next few days, 343 homeowners in Reston will receive a ballot to vote on whether to revoke Covenant 15 (Section VI.2(b)(15)) of the Reston Association Deed, which states that:

This covenant prevents homeowners in several Reston clusters from installing an individual air conditioning unit (unless they have a medical exemption) to cool their home. Instead, they are bound to the nearly 50-year old air-conditioning system operated by Reston RELAC (Reston Lake Anne Air Conditioning Corporation).

This system has had many well-publicized problems over the years and regularly increased rates, leading to growing base of dissatisfied customers who would prefer to have other options for cooling their homes.

There are a number of arguments that have been presented for why Covenant 15 should remain in the RA Deed. Two of the leading arguments I’ve heard are that Reston RELAC will have to raise rates if they lose customers (something RELAC claimed in a recent letter to customers) and that individual air conditioning units are loud and unsightly and will detract from our community. I do not believe these arguments carry much weight, for a number of reasons.

First, Reston RELAC can not raise rates on its customers without the permission of the Virginia State Corporation Commission (SCC), although they can be lowered at any time. Second, Reston RELAC would have to demonstrate to the SCC why their financial survival depends on raising rates. In its 2013 report to the SCC, RLEAC reported a net income (profit) of $155,560 on a gross revenue of $541,184 — a net profit of margin of 28.7 percent.

This is far higher than the cross-industry average of 8-9 percent, as well as the averages for high-profit sectors like banking, oil and gas, and computer software. In short, it would be difficult for them to validate raising rates because they lost a portion of their customer base, especially if some of it was attributable to their poor performance.

Lastly, Reston RELAC has a monopoly and no real financial incentive to lower rates or improve service. Simple economic theory would prescribe that they would need to price more competitively and deliver better service in order to compete against other home cooling alternatives.

Some Reston RELAC supporters have said that individual air conditioning units would create noise and would be visually unappealing in our communities, therefore Covenant 15 should remain in place to protect the appeal of our neighborhoods. Many of these supporters refer to air conditioning units that they experienced in the 1970s and 1980s, which were loud and inefficient. However, today’s modern air conditioning units are extremely quiet (many operate at less than 66 db), are extremely energy efficient and have a small footprint. They could be easily hidden on a patio and difficult to hear over street traffic, flight traffic, natural sounds or from a short distance.

Considering noise from fans, dehumidifiers and in-room air conditioners that Reston RELAC recommends as supplements to their system, an individual air conditioning unit could possibly be even more quiet.

While Reston RELAC has had its faults and there are many who are happy with their service, this vote is not about whether or not Reston RELAC continues. This vote is about the ability for these homeowners to have a choice in the service they use to cool their homes — just like every other homeowner in Reston. A vote of ‘Yes” is a vote for choice.