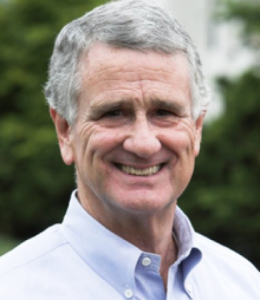 Del. Thomas Davis Rust, who represents Herndon, announced Wednesday that he will not run for another term to Virginia’s House of Delegates.

Rust (R-Herndon), who was mayor of Herndon for almost 20 years, has served 13 years in the House. All seats are up for re-election in 2015.

“I’ve been fortunate in my life to receive some recognition and awards from various groups in both my public life and my professional life. I treasure those, I truly do, but nothing is quite like being a member of this historic body. It’s truly an honor to have served with you,” he said in Richmond on Wednesday.

Rust, 73, received a standing ovation from his colleagues, The Washington Post reports.

Rust narrowly defeated Jennifer Boysko, a Democrat, by 32 votes in 2013. Boysko plans to run for the office again.

“It is always difficult to run against someone you personally respect. I challenged him because I have been troubled by the Republicans in Richmond who have made it more difficult to govern in a moderate, common-sense manner, as Tom Rust so capably did as our mayor,” Boysko said in a statement.

Rust is a Herndon native who has been praised in Richmond for his bipartisan work, particularly on education and transportation issues.

“On the [House] floor today, I called him a true statesman,” he said. “Tom worked across the aisle and kept his eye on the goals we were trying to achieve. He had a significant role on transportation committee and was a great friend of education. Often we would be voting and it would be all Democrats and one Republican — Tom. I am sorry to see him go.”