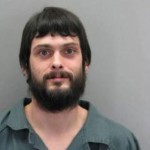 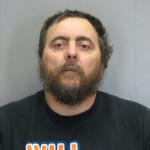 An officer from the McLean District Station stopped the men on a traffic violation in a car on Ring Road in Reston about 2:30 a.m. on Thursday, Feb. 5.

The officer noticed several large cable box batteries, a bit larger than a typical car battery, in the vehicle he stopped, said police.

Police had been notified by Cox Communications on Jan. 27 about a resurgence in battery thefts and they had requested that police be on the lookout. There had been roughly 185 batteries stolen from all across the County, predominantly in the Western portions of Fair Oaks, Reston and Sully since late December 2014.

These batteries serve as a back-up when power goes out so that customers won’t lose cable service. Thieves typically steal them, along with other utility tools, for their scrap metal value, said police. They weigh around 80 pounds each and likely would require some electrical, or wiring, expertise to remove from their power supply cabinets.

Police arrested Edwin Price, 44, of Bethlehem and Jason Drobnoek, 29 , of Altoona, Pennsylvania and charged them with grand larceny, stolen property with intent to sell, as well as false identification charges.