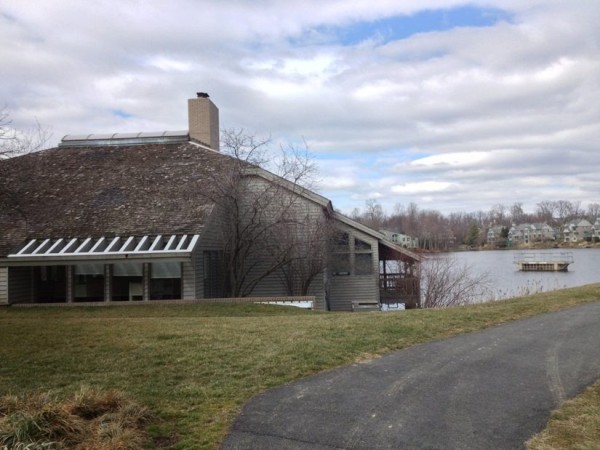 A building inspection performed on the former Reston Visitors Center has revealed elements and systems that will need to be replaced in the next 5 to 10 years. Among them:

RA land use attorney John McBride says the seller of the building, Tetra Partners, knew about the roof and HVAC on the 32-year-old building already and has agreed to pay for replacement. The rest of the list, compiled by Criterium Engineers this week, will be further examined and may be open to negotiation on the $2.65 million purchase price, McBride said.

RA announced in January it is seeking to purchase the 3.48-acre property that features a 3,128-square-foot building on the banks of Lake Newport. The building will be used for community and recreation space, as well as available for event rentals.

Purchasing the property, which is adjacent to other RA recreation space such as Brown’s Chapel Park, would give the association 98 continuous acres of open space and protect against overdevelopment, RA says.

The purchase cannot go forward until it is put to a member referendum in April.

On Thursday, at the second of two public hearings on the purchase, the RA Board of Directors heard from a half-dozen members in person and several more via emails read by President Ken Knueven. Reaction was mixed — some members, including Reston founder Bob Simon (via a phone conversation with Knueven) — said they approve of the purchase, but still need more information. Others said they did not understand the rush to acquire the property and questioned whether the expense of even putting the idea to referendum ($20,000 to $30,000) was necessary.

One of the changes: RA has factored in snow removal and landscape maintenance costs, which were originally left off because they will be done by RA staff. The additional annual expense of more than $15,000 means RA members will see an impact in their assessment a year earlier (2018) than originally forecast.

The board narrowly approved the changes to to the fact sheet. South Lakes Director Richard Chew was the lone dissenter (two directors abstained and one was absent).

Said Chew: “Our support was contingent on a fact sheet that made a compelling case to our members. As presented tonight, the fact sheet fails to do so. It fails to spell out that there is a full develpment plan. … I am not convinced our failure to purchase will result in overdevelopment. It does not say how much it will cost RA to increase and enhance green space.”

The board voted to approve the conditional purchase contract and release the property appraisal once the contract is executed. It also voted to hold at least one community meeting in April for additional member comments.