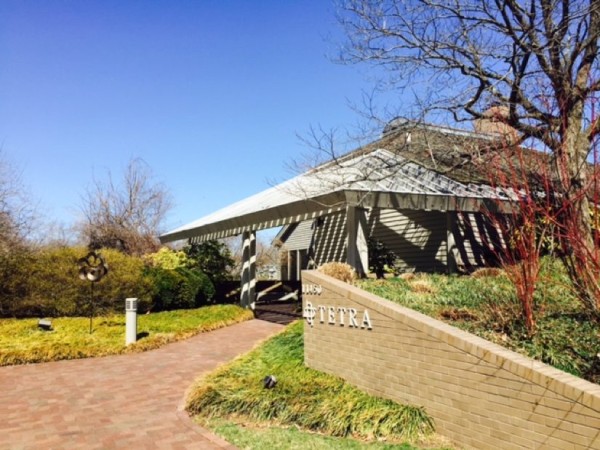 The owner of the former Reston Visitors Center said he has had talks with several local restaurant owners about purchasing the building for nearly $3 million, according to an appraisal done by Reston Association.

Reston Association is also seeking to buy the 32-year-old building, currently owned by Tetra Partners commercial real estate and used as its office space. RA will hold a referendum in April where it asks members whether it should borrow up t0 $2.65 million to obtain the building and repurpose the 3.48 property at 11450 Baron Cameron Ave. for recreational and community space.

In a Feb. 4 appraisal report, by W. Scott Gudely and Kathleen Moist of The Robert Paul Jones Company, the appraisers noted the competition for the building on the banks of Lake Newport, even though the property is not formally listed on the market.

It is our understanding that the clients [Reston Association] are interested in purchasing the subject property. The property contact, Mr. Bill Lauer, reports that the property has not been listed for sale, but that he has had discussions with [RA land use attorney John] McBride and the Reston Association about the Association’s potential acquisition of the subject.

He reports that his asking price is $2,700,000 and that he would not be interested in selling unless his price is met. He also reported that he had met with Clyde’s Restaurant and that a price of $3,000,000 for the entire property was discussed, but that the restaurant entity decided it did not fit their business plan. He also reported that a restaurant in Tysons, Woo Lae Oak, had been interested in the property.

RA released the appraisal and conditional contract on its website Sunday. There had been criticism by some RA members about a lack of transparency relating to the transaction thus far.

Purchasing the property, which is adjacent to other RA recreation space such as Brown’s Chapel Park, would give the association 98 continuous acres of open space and protect against overdevelopment, RA says in its revised fact sheet on the subject. RA also expects to earn revenue from event rentals at the building. However, members would see a potential rise in their assessments beginning in 2018, RA CEO Cate Fulkerson said at RA’s regular meeting last week.

The property is zoned for commercial or office space and is permitted to add up to 6,930 square foot more to the 3,128-square-foot building, RA says in the fact sheet.

Other notes from the appraisal:

Overall, the subject building is an above-average quality office building assumed to be in average condition for its age. The building is functional and able to compete with the similar buildings in the area, although it is somewhat isolated from other complementary commercial uses and is hampered by its lack of visibility from major transportation arteries.