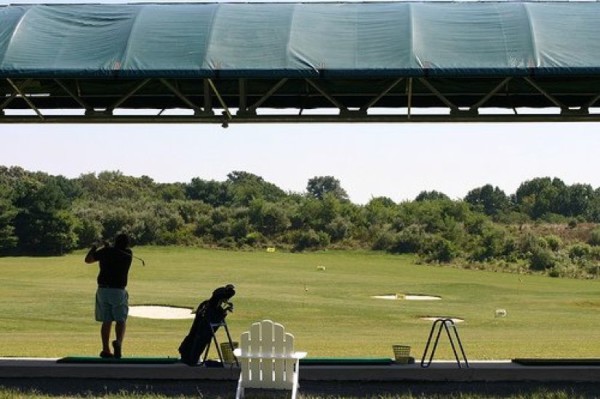 The driving range located at 1627 Hunter Mill Rd. on the Reston-Vienna line, actually quietly locked its gates in late January. But with the arrival of spring in recent weeks, the spot has been missed by are golfers looking to hit a couple buckets of balls at the large (100 tees) range.

The back half of the property was sold years ago to Oakcrest School, a private girls school, to build a new campus adjacent to the golf park site. Construction began over the winter and the new school should open in 2016, according to its website.

It took Oakcrest more than three years — from 2010 to 2014 — to gain Fairfax County approval for alternate access to the school via a driveway on Crowell Road.

Hunter Mill Golf Park had been in business since 1995. Its owner, John Thoburn, made news in 2001 when he was fined and eventually jailed, he said, for zoning violations including not planting enough shrubs and for selling illegal snack foods.

“I was surprised we stayed in business as long as we did,” Thoburn said on Wednesday. He said he had issues with county zoning and with neighbors for years, which made it hard to operate his business.

“I would have liked to have put netting up on the driving range,” he said. “[The county] turned us down on mini golf and on a par-3, 9-hole course. It costs $7 round-trip [on the Dulles Toll Road from the Beltway] to come here and hit a $10 bucket of balls. ”

Meanwhile, the closing of the golf park is the latest in a series of golf news in and around Reston. Woody’s Golf Range in Herndon recently announced it would close in the fall. RN Golf Management, the owners of Reston National Golf Course will also find out next week whether their zoning appeal is approved.

RN Golf’s appeal was in response to a 2012 inquiry it made with the county, asking if the 166-acre public course can be considered residential. The county maintains its is open and recreational space and should remain so.