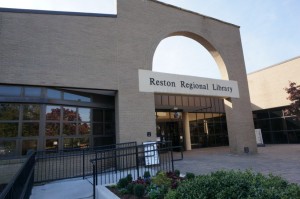 A Fairfax County Public Library spokesman said claims that library employees are being censored are coming from one employee upset that an intraoffice blog now has moderated comments.

“We support freedom of opinion and free speech,” said Mary Mulrenan, marketing director for the FCPL system. “No one here would ever support censorship.”

Earlier this week, the Fairfax Library Advocates distributed an email to supporters that said library administration was censoring contributions and comments to its “FCPL in the News” blog that were critical of library administration. FLA said “this is wrong and fundamentally against our basic beliefs in regard to freedom of thought and opinion.” The group also put up an online petition saying censorship has no place in the library system.

Mulrenan said the censorship accusations are the result of one employee upset that the blog now has moderators.

Meanwhile, Mulrenan said she appreciates FLA’s efforts in advocating for more money for libraries from the Fairfax County Board of Supervisors.

The FLA is planning a rally Wednesday afternoon at the 2016 budget meetings at the Fairfax County Government Center.

The Advertised Fairfax County Budget for 2016 includes $27,612,745 for public libraries. The 2015 budget included an adopted budget amount of $27,828,497, but an additional $2 million was later allocated. Read a detailed explanation of the 2016 library and parks budget on Fairfax County’s website.

Mulrenan said the contracting library budget has affected the system in recent years. The system has  had to cut library hours, materials and staffing since 2008, she said. The FCPL has recently eliminated 14 positions by attrition, she added.

“Every agency in the county is facing budget cuts,” she said. “The library continues to take a cut and it hurts. I encourage people to advocate on the library’s behalf.”