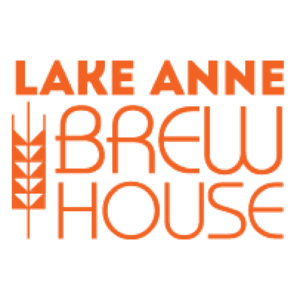 (Corrected 11 a.m. Monday to reflect the Romanos bought the space rather than leased it)

Lake Anne Plaza will soon be getting a new tenant. Restonians Melissa and Jason Romano have purchased retail space at 11424 Washington Plaza, where they will open Lake Anne Brew House, a nanobrewery.

Brewing has been a passion of Jason Romano’s for years, says Melissa Romano, an architect whose current full time job is raising three young sons.

Jason, a government contractor by day, has been a home brewer for years, and earned certification from the American Homebrewers Association to judge brewing contests.

“We’ve always had a desire to own a piece of Lake Anne,” says Melissa Romano. “We’re going to follow Bob Simon’s dream of ‘live-work-play.’ We already live and play here. Now we will work.”

The space was formerly occupied by Singh Thai restaurant, which recently moved across the plaza to 1633 Washington Plaza, the former Jasmine Cafe space. Romano said renovations will begin right away, but the brewery will not open until at least late summer.

A nanobrewery  — a growing segment of the craft beer market — is a small microbrewery operation, typically producing fewer than three barrels at a time. A barrel is typically 31 gallons or two kegs.

The beer will be made on site in the former kitchen space. There will be bar and inside seating, as well as seating on the deck overlooking Lake Anne.

Under Virginia law, breweries can sell pints of beer on site without the need for food service. Food service is required at bars. There won’t be a kitchen at Lake Anne Brew House, but Romano said they will sell simple snacks (similar to food operations at a winery) to go with the beer.

There are several nanobreweries in Loudoun County, but this is believed to be the first one in Fairfax County. Romano said they had to work with the county to get non-manufacturing status.

“Most nanobreweries pop up in industrial parks,” she said. “That’s not what we wanted.  We don’t want a big brewery. We wanted a community space, and to make our business community focused and community supported. We’re not hoping to get bottles on the shelf at Harris Teeter. We’re going to make beer for our neighbors, make what people want and get a good rotation on tap.”