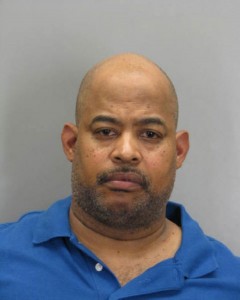 The longtime building supervisor at Lake Anne Elementary School was charged with felony embezzlement last week after authorities said he stole an iPad and other items from the school.

Tony Alston turned himself into Fairfax County Police on May 5.

Police said they were alerted to missing iPad from a room within the school during spring break in early April. Detectives began an investigation in mid-April, said police spokeswoman Lucy Caldwell

Police served a search warrant on May 1 for the suspect’s residence at Northgate Square, where they found the iPad, Caldwell said. Detectives also determined additional items were reportedly stolen by Alston.

Police did not say whether the iPad and other items belonged to students or school. employees.

In an email to Lake Anne parents in Friday, school principal Brendan Menuey told parents Alston has been suspended from his position.

According to his LinkedIn profile, Alston has been with FCPS sine 1993.

Menuey said the school would have no further comment as the investigation is ongoing.