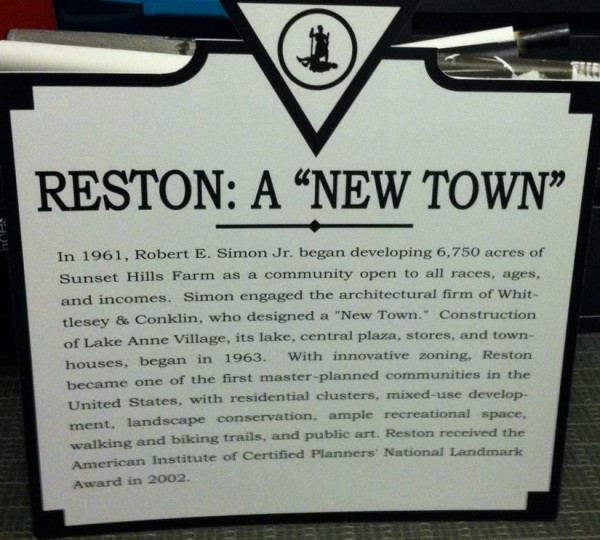 Reston is getting its own historic marker.

The Reston Historic Trust applied nearly two years ago to the Virginia Department of Historic Resources for one of the road signs that mark an important site, says RHT Chair Shelley Mastran.

Lake Anne Plaza is one of 140 historic sites in Fairfax County.

In 1961, Robert E. Simon Jr. began developing 6,750 acres of Sunset Hills Farm as a community for all races, ages and incomes. Simon engaged the architecture firm of Whittlesey & Conklin, who designed a “New Town.” Construction of Lake Anne Village, its lake, central plaza, stores and townhouses, began in 1963.