There will be Shakespeare in the park this weekend as a troupe of actors will stage their own version of Hamlet.

The show is being put on by the Any Stage Theatre Company at Lake Anne Park, 11301 North Shore Drive. Showtimes are 3 p.m. Saturday and Sunday. Admission is free. 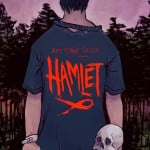 “We want to bring a different kind of theater to the DC/Virginia?Maryland area,” show director John-Nicholas Walsh said in a release.  “We’ve got a lot of exciting, mildly experimental ideas, but we want to start with Shakespeare.

“Why? Because it’s brilliant, it’s universal, you can do anything you want with it, and stage it anywhere (also, it’s in the public domain, which is no small thing for a start-up theater group).”

This is Any Stage’s first ever production, Walsh said. The abridged performance — set in modern times rather than long-ago Denmark — will run about 90 minutes.