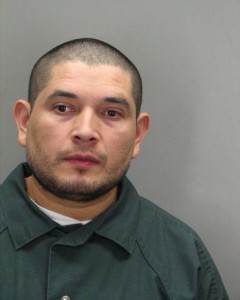 A Reston man has been sentenced to 29 years in prison plus probation for life for one count of rape involving a minor.

Julio C. Saravia, 33, was sentenced Thursday in the Circuit Court of Loudoun County.

The Loudoun County Commonwealth’s Attorney said between February 2013 and August 2013, Saravia engaged in sexual intercourse with a minor child on several occasions. In the early fall of 2013, the victim disclosed to a family member that Saravia had sex with her. The family member contacted law enforcement, who subsequently interviewed Saravia. In a recorded interview, Saravia admitted to having
sex with the victim on multiple occasions.

Saravia pleaded guilty to one count of rape last November.

In addition to the total active sentence of 29 years, Saravia will be placed on supervised probation for life and is ordered to have no contact with minors.

Saravia, a native of El Salvador, may be subject to a Federal Immigration Detainer, which would direct his removal from the United States upon his release, officials said.