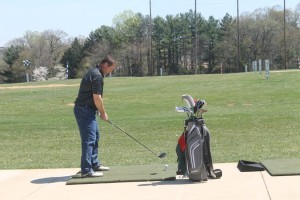 This is an op-ed by Reston 2020’s Terry Maynard. It does not reflect the opinion of Reston Now.

RestonNow’s article yesterday on the upcoming Board of Supervisors hearing of Phase 2 of the Reston Master Plan provides an excellent overview of the key provisions of new Plan for “suburban” Reston, the community that all of us live in except those in Town Center and the new high-rise residences near the Sheraton Reston.

Speaking on behalf of the Reston 2020 Committee, we believe the draft plan amendment generally serves the existing Reston residential community well, but with some important exceptions we have detailed to the County staff on at least two occasions. (Please see our initial ideas for Phase 2, comments on draft Version 2, and specific comments on the Reston Land Use Map.)

It may help to highlight what we believe are the more substantial shortcomings regarding the village centers and open space in this Phase 2 of the draft plan and the changes made by the Planning Commission so Restonians have the opportunity to reach out to the Board of Supervisors at the hearing today (Tuesday, June 2, 4 p.m., Fairfax County Government Center) or to Hunter Mill Supervisor Cathy Hudgins directly.

We urge the Board of Supervisors, Supervisor Hudgins in particular, to listen to and address the concerns of Reston organizations and residents at this important hearing and in other communications concerning Reston’s existing neighborhoods.

Village Centers:  In our view, the most significant shortcomings of the draft plan appear in the section dealing with village centers.

Maybe the biggest one is that the draft plan puts no limits on the density of redevelopment in these critical elements of the Reston community. The plan’s failure to limit density (we recommended a density of FAR 1.0, four times the current limit) could result in extremely dense commercial, office, or residential development (or all of the above) in the village centers that would be totally inappropriate for a neighborhood-serving center.

The absence of a reasonable density restriction could easily lead to the situation we are about to see in Town Center North, where plans to build a 23-story office building beyond the high-density, half-mile transit station area (TSA) — and twice as tall as the adjoining new Spectrum Center — were approved by the Board because there was no density restriction.

Indeed, during Phase 1 of the Master Plan Review, the Vision Committee discussed 18-20 story buildings in the village centers. Thus, very tall buildings are a distinct possibility. We believe the Board of Supervisors should make it clear now that such oversized construction is unacceptable by specifying a reasonable maximum density constraint.

Also in the village centers, the Planning Commission struck the possibility of a green open space — a park-like setting — as an option for the “gathering place” for the neighborhood, leaving only “plazas” as an option for these focal points of each center. We believe the green open space option should be re-inserted because we have not seen the brick (Lake Anne), concrete (Hunters Woods, South Lakes, and North Point), or other potential hardscapes attract a gathering.

The concrete “plazas” at South Lakes and North Point have limited steel seating and tables for people to use, which are absolutely unbearable in Reston’s summers, except in the late evening and early morning. Green open spaces would actually help cool the gathering space and, frankly, be much more attractive.

The Planning Commission also chose to abandon its historic role to review redevelopment proposals for village centers, striking out the final step in the approval process before it goes to the Board of Supervisors. The County Planning staff rejected redevelopment plan language from Reston 2020 calling for Reston community entities (RP&Z, RA DRB) and neighbors to play a key role in redevelopment plan reviews.

The staff also rejected Reston 2020’s distinction between redevelopment of the “mixed-use areas” of the village centers and their “residential areas,” thereby subjecting existing residents to the threat of redevelopment.

Staff language also allows the expansion of village centers beyond their current boundaries if it would be “essential to the successful development of any particular village center.” No protection there for existing village center or nearby neighborhoods.

In short, the draft language treats village centers residents and adjoining neighborhoods like second-class citizens in the Reston community. More broadly, these failures shortchange the community and residents and businesses in the village centers as well as neighbors nearby who will have fewer opportunities to have their voices heard on redevelopment plans.

In fact, the Planning Commission went so far as to essentially recommend approval of the Jefferson Apartment Group’s Tall Oaks Village Center redevelopment plan and the St. Johns Woods apartment complex proposal, which have not yet been presented to any Reston or County group for endorsement or approval, only for “information purposes.”

It is an especially peculiar change given that Reston is a planned community and we believe a change in the community’s land use ought to be reviewed by both local community entities and the Planning Commission.

In general, we view these Planning Commission Master Plan recommendations as part of the broader County effort to streamline and facilitate the development and redevelopment process through the “Fairfax Forward” land use decision making process adopted last year, a process that goes well beyond planning issues in Reston to shortchange communities and neighbors from commenting on the effects of high-density development proposals.

Reston’s Open Space:  There are two significant shortcomings inserted by the Planning Commission on Reston’s open space as well as a few improvements. We believe that Reston’s open spaces must be preserved and, if feasible, expanded to accommodate the planned doubling of our population and employment.

The Planning Commission dropped language designating the Sunrise Valley Wetlands as a “Nature Park” throughout the draft plan. This cuts language already approved by the Board of Supervisors during Phase 1 of the Reston Master Plan effort. If adopted by the Board of Supervisors, the change would eliminate any shred of protection for the wetlands — a vital environmental resource — in the Master Plan from future commercial redevelopment.  We believe the wetlands should become a publicly-held County resource.

The Planning Commission specifically rejected language and mapping that would identify designated open space in condominiums and clusters. The impact of this change, if adopted, would be to substantially reduce the expectation that this (or comparably sized and equipped) open space would be preserved in a redevelopment effort — which would no doubt include several times as many housing units.

That said, we appreciate the effort of the County Planning staff and the Planning Commission in updating and correcting the Reston Land Use Map with the exception cited above. It is an integral part of the plan and is used in Board and other decisions in making sure development proposals are consistent with the plan’s intent.

We also appreciate the steps taken by the Staff and the Commission to insure the accuracy and completeness of the property plats covered by the Reston National Golf Course as well as Hidden Creek Country Club — and striving to ensure the protection as open space. We all know that the RNGC property’s use is in dispute, and every step taken by the County to protect it is appreciated.

We all want to move forward in achieving the goals and principles of the revised Reston Master Plan in a way that preserves the quality of life of all who live or work here, now and in the future.  That requires a careful balance of opportunities for redevelopment and preservation of the characteristics that make Reston a unique planned community.