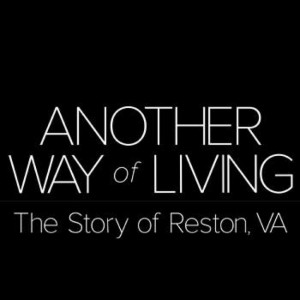 What bits of Reston history didn’t make it into the movie Another Way of Living: The Story of Reston, VA?

That some of what filmmaker Rebekah Wingert-Jabi will discuss Tuesday in a special program at Reston Community Center Hunters Woods.

Wingert-Jabi has been working on the documentary about Reston for several years. A first cut premiered in April of 2014, but Wingert-Jabi is still working on the final product, which she hopes will be considered for film festivals and public television stations.

Wingert-Jabi will update the progress of Another Way of Living and share some of the excerpts that landed on the cutting room floor during the editing process.

In the movie, Peabody Award Winner Wingert-Jabi — who grew up in Reston and now is raising her family here — takes a look at founder Bob Simon’s life and what inspired him to purchase more than 6,000 acres of Virginia farmland in 1961 and plan an urban-style “New Town” in an era of neat lawns and tract homes.

Through historical photos and footage, as well as interviews with longtime Restonains, the story looks at Reston’s impact as a groundbreaking inclusive community and its evolution into the place it is today.