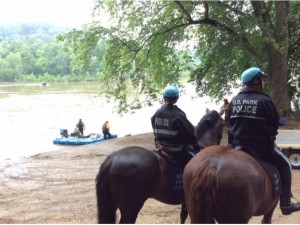 The search has been called off for a Reston man who has been missing since he jumped into the Potomac River a week ago.

Piringer said a search of three to four days is typical in cases such as this one.

“We will continue to do passive searches,” he said. “And the U.S. Park Police will continue to notify boaters and kayakers. The [kayaking] community knows he is still missing. They are our eyes and ears on the river.”

More Stories
Work, Play — But Not Live — in Reston for Many MillennialsReston Pet of the Week: Melchi