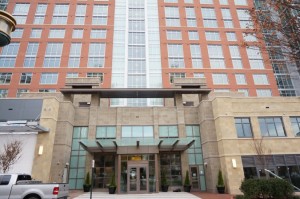 While the Silver Line is having an impact on how younger workers get to Reston, it is not necessarily expected to attract them to live in Reston.

That is what several real estate developers said at a forum “The Future of Reston and Herndon” organized by e-news company Bisnow in Reston on Tuesday.

The Silver Line opened its first phase last July, and Wiehle-Reston East, the end of the line until Phase 2 opens in 2019, immediately became one of Metro’s highest-traveled stations. Metro officials say people are taking public transportation both to Reston and from Reston to other workplaces in Arlington, Tysons Corner and D.C.

But they still can’t take Metro around Reston, which is what Millennials (people ages 18 to 35) want.

“A lot of people are saying ‘this is it’ when talking about the Silver Line,” said Greg Trimmer, Principal with The JBG Companies. “But JBG’s position is the Silver Line is not really the panacea. It is a great thing to have, but it is really a commuter line. It presents some challenges as well. People are not going to take the Metro three stops to get some lunch. We will see people taking it 5 or 6 stops to get to a job.”

JBG has four mixed use projects under development: Reston Heights, RTC West,  1831 Wiehle Ave. (in application process) and at Fairway Apartments. There are also multifamily developments either planned or under construction at Wiehle-Reston East (Comstock’s BLVD and the new Bozzuto/Charles Veatch building) and Lake Anne/Crescent (Lake Anne Development Partners), among others.

Several panelists said the residents of other recently-built residential buildings such as The Harrison and The Avant are trending older.

“We are seeing a huge boom in multifamily construction,” said Trimmer. “But the population of millennials in Reston has actually dropped. We are seeing growth in Reston in people in their 40s and 50s and retirees.”

Trimmer said if Reston properties try to compete with buildings in the District “it is not a fight Reston is going to win.”

Said Randall Scott, Principal, Coretrust Capital Partners commercial real estate: “We view Reston as a new town, edge city type place. In our experience, millennials will gravitate to an urban core such as D.C. initially. It remains to be seen whether they will stay there or be where there are open spaces and great schools eventually. Our view is we will get  terrific inflow and outflow on the Silver Line.”

The Silver Line, has, however, been a great work perk, even after just 10 months.

Reston was planned all along to be a transit-oriented community, with offices and residential, an urban-style town center and walkability. That puts it ahead of the game when it comes to Tysons Corner, said Sonny Small, CEO of Renaissance Centro, which built the recently-opened The Harrison apartments. The Harrison is also seeing older residents, many of whom are moving from other properties such as single-family homes within Reston.

“The Silver Line is a fabulous amenity,” he said. “Reston has the original bones already. The interesting part will be how neighborhoods other than Reston Town Center evolve.”

Tony Womack of Tishman Speyer commercial real estate said he has clients looking at Reston office space that were not looking here prior to the Silver Line.

“The younger workforce can get out here,” he said. “Older executives are already out here.”