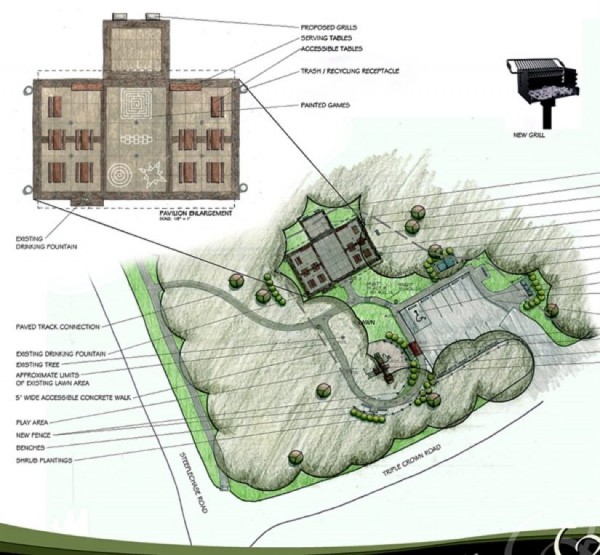 After nearly a year re-imagining, Reston Association’s Pony Barn working group has formed its final conceptual plans for the renovation of the recreational area.

RA last year set aside $30,000 for the renovation of the area at Steeplechase Drive and Triple Crown Road.

The park, once home to an actual pony barn, is mainly a picnic pavilion, open grassy space and small play area. RA sought community feedback last summer, where ideas from a memorial garden of reflection to an archery range were suggested.

In December, the group nixed those ideas in favor improvements to existing facilities and the addition of a butterfly garden.

The final plan calls for an improved pavilion area with upgrades to the play areas, picnic tables and new barbecue grills. The proposal also calls for new fencing and landscaping.

The proposal will be presented to RA’s Board on July 30. If approved, the plan then will go to the RA Design Review Board on Aug. 18.