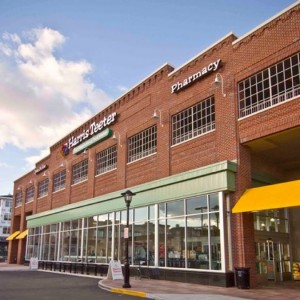 A woman walking to her car at Woodland Park Crossing shopping center off of Sunrise Valley Drive told police she was held up at knifepoint Thursday afternoon.

Fairfax County Police said the woman was walking to her car in the center’s garage in the 12900 block of Highland Crossing Drive in unincorporated Herndon about 3 p.m.when she was approached by a man.

The suspect displayed a knife, demanded money and then told the victim to drive him to an ATM. The victim did not have a bank card with her. The suspect then took cash and property and fled on foot.

Police say the suspect is described as Hispanic, about 50 years of age, wavy hair, wearing a light blue shirt and light brown pants.

In other crime news reported by Fairfax County Police:

BURGLARY, 1400 block of Northgate Square, June 13. A resident reported someone entered the residence and took property.

INDECENT EXPOSURE WITH APPREHENSION/ASSAULT ON LAW ENFORCEMENT, 2500 block of Fallon Drive, Oak Hill, June 6, 5:22 p.m. A woman was in her home and saw a man standing in her backyard. The suspect exposed himself to the victim then fled. Officers located the suspect and attempted to take him into custody.