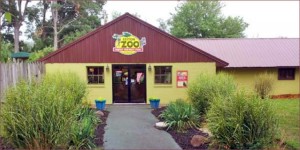 The owner and former director of the Reston Zoo — the latter convicted of animal cruelty in 2012 — is in trouble for mistreating animals at a similar facility near Pensacola, Fla.

The Department of Agriculture has filed a complaint against Gulf Breeze Zoo owner Eric Mogensen and his daughter, Meghan Mogensen, for violations of the Animal Welfare Act, the Pensacola News Journal first reported.

The complaint alleges the Mogensens shot an animal to euthanize it, failed to control and supervise animals (one of which it a child) and possessed drugs without authorization.

In September 2012, Meghan Mogensen, then 26, was convicted of animal cruelty and possession of a controlled substance in Fairfax County General District Court. Employees said Mogensen, then the director of the Reston Zoo, drowned a sick wallaby in a bucket to euthanize him earlier that year.

Mogensen, who was sentenced to 30 days in jail, then transferred to the Gulf Breeze Zoo. The Mogensens own that zoo and the Reston Zoo on Hunter Mill Road near Route 7.

The alleged violations at the Gulf Breeze Zoo include improperly euthanizing animals, including “gunshot as a means of euthanasia without any description of, [among other things], the circumstances in which gunshot could be used, the personnel authorized to perform this method of euthanasia, the training that any such personnel would be required to receive, the weapon or weapons used, or the location where such method of euthanasia would be carried out.”

Other complaints in the filing against the Gulf Breeze Zoo:

Repeated failure to handle animals as carefully as possible to prevent harm to the animals and the public. An attendant was not present when the public, including children, had contact with camels, goats, and llamas, resulting in a child being bitten by a camel, and a short-tail opossum escaped from an enclosure that was not covered. It was found dead the next day.

Repeated failure to safely handle and houseprimates. There was not sufficient distance and/or barriers to restrict the public from having contact with squirrel monkeys, tamarins, and/or marmosets.

Failure to separate incompatible animals. Rabbits were housed in incompatible groups, resulting in newborn rabbits “being eaten, chewed upon, or otherwise injured by the other rabbits in the enclosure,” and causing the newborns to die or be euthanized due to their injuries.

Failure to provide shelter from sunlight or inclement weather to goats and sheep.

Failure to ensure that food was clean and wholesome when food for marmosets was prepared at a sink that was dirty and had dead insects and mouse droppings around the sink’s perimeter.