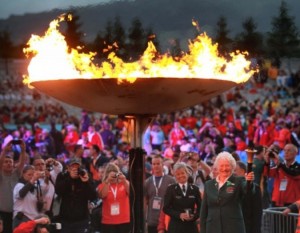 More than 10,000 police and fire fighters from around the world will converge on Fairfax County for the World Police & Fire Games beginning later this week.

But, first, the opening ceremonies at RFK Stadium in Washington, D.C.

Admission to the event is free, but tickets are necessary. Visit the Fairfax2015 website to order tickets.

The opening ceremonies will feature a welcome celebration; parade of athletes; lighting of the torch; Athletes’ Oath; and an after-ceremony concert by Sugar Ray.

The games will take place Friday through July 5 at 53 venues, mainly in Fairfax County. More than 200 Fairfax County officers will compete.

Nine sports competitions will take place in Reston, including:

Tickets to all Reston events, and almost every sports competition are free and do not require tickets.

Reston Town Center will also be a hub of activity as the Athletes Village for the Games. Athletes will not necessarily be staying in Reston, but the town center will serve as a nightly venue for socializing with organized activities and entertainment for athletes, family and friends. Read this previous Reston Now story to get an idea of what’s planned.