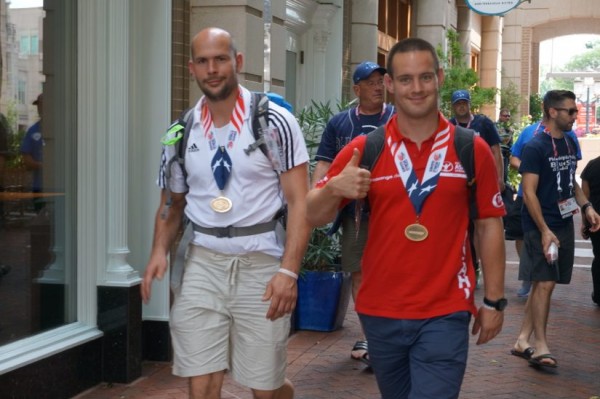 The World Police & Fire Games are nearly ready to wind down — but not before some big final events take place in Reston.

Friday: Triathlon, 7 a.m. to noon. The Police & Fire Games triathletes will follow the same course used by the Reston Triathlon participants each September.

Roads will not be closed, but they may have lanes blocked, so it may be slow going Friday morning. See more course information on the Reston Triathlon website.

Sunday: Just as the Olympic finale includes the marathon, the World Police & Fire Games will conclude with the half marathon. The race begins at 7 a.m. at Reston Town Center. Runners will be on RA paths as well as Reston streets, so watch for slowed traffic.

To see what is happening at World Police & Fire Games venues outside of Reston, consult the master schedule on the Games’ website.

Closing ceremonies will take place Sunday at 6 p.m. at Wolf Trap National Park in Vienna. There are limited tickets available for the general public.

WPFG officials will pass the flag the torch to Montreal, site of the 2017 Games. After the ceremony, 80s cover band The Legwarmers will play.