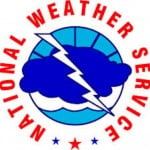 The heavy rains that are expected are coming just 24 hours after a deluge in Reston Wednesday night. The rain flooded several roads, and rescue crews had rescue several motorists trapped in their cars in the swift water.

The Flash Flood Watch is in effect until midnight tonight.

WIDESPREAD SHOWERS AND THUNDERSTORMS ARE EXPECTED TO CROSS THE AREA THIS AFTERNOON INTO THIS EVENING. PORTIONS OF THE AREA HAVE RECEIVED HEAVY RAINFALL IN THE LAST WEEK…AND AS LITTLE AS ONE INCH OF RAIN IN ONE HOUR COULD PRODUCE FLASH FLOODING.

SMALL STREAMS AND URBAN AREAS WILL BE ESPECIALLY SUSCEPTIBLE TO
RAPID RISES OF WATER ONTO NORMALLY DRY AREAS.