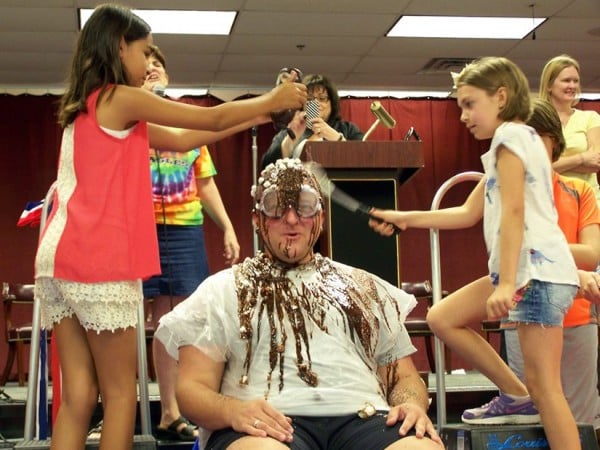 The kids were not suspended. In fact, they were applauded.

Earlier in the 2014-15 school year, Wolfe told the kids that he would allow them to turn him into a human ice cream sundae if they they read 3,000 books in the month leading up to Read Across America Day in March.

Not only did the students meet the goal, they surpassed it by 3,878 books, said Wolfe.

On the last day of school, students brought all types of toppings to school to transform Wolfe into a sundae at an end-of-the-year assembly.

“Anything that gets the students excited about reading and learning is fine by me, even if it means I get to wear tons of sticky ice cream toppings”, Wolfe said.  “It was a great way to end the school year and it didn’t taste too bad either,” said Wolfe.