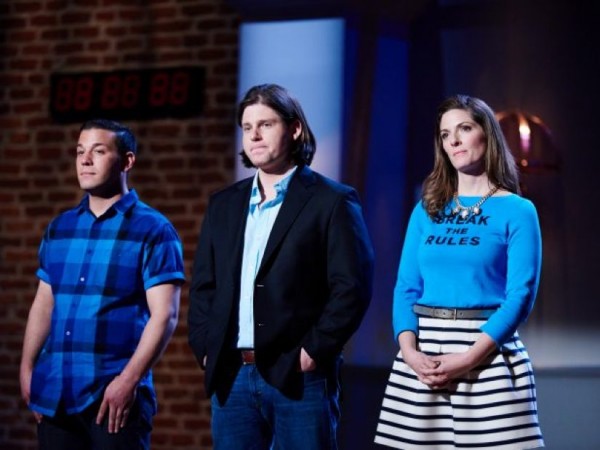 The 36-year-old Restonian had been doing progressively better as the competition to earn a Food Network show reached its halfway point.

Initially criticized for being somewhat cold on camera, Cirker seemed more relaxed each week and appeared to be enjoying herself, getting along well with the other contestants and cooking food the judges appreciated.

But a challenge in the style of a comedy club improv performance was Cirker’s undoing. The contestants had to “improv” a dish using assigned and unusual ingredients. Then they had to do a four-minute (an eternity in Food Network camera time) performance that included randomly selected topics.

One of Cirker’s: Watching Food Network. Cirker took a gamble and did some impressions of the other contestants, including one who works as a drag queen.

The judges were not impressed.

Cirker said she stood by her performance. She said she knew “I have to do something risky, something that’s going to show who the real Emilia is.”

“I think that I definitely know what they meant that my performance came off as cold, as mean almost. I get it,” Cirker said in her Food Network exit interview. “But I wish what they had seen is that I took a huge risk and I put myself out there, and you’re not going to accomplish anything if you don’t take risks and you don’t fall flat on your face by taking risks, right?”

“So I stand by the fact that I took a risk; I wish I would have thought about doing it in a different manner. So that it was still funny and lighthearted and a new side of Emilia, but without making the audience feel like I was, like, honestly, throwing my finalists under the bus.”

The competition was filmed last spring in Los Angeles. Cirker, a graduate of L’Academie de Cuisine in Gaithersburg, works by day as a software company executive. She is also a cooking instructor, as well as a former pastry chef for the Washington Redskins.

Read more about her in this previous Reston Now story.