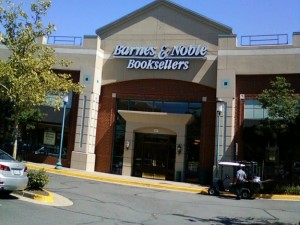 Many Reston residents are still mourning the loss of Barnes & Noble, which closed its store at The Spectrum in early 2013.

The departure left Reston without a place to buy — or at least browse for — new books. The Reston closure came at a time when Barnes & Noble was closing about 20 stores a year, due, in part, to the rise in the popularity of e-readers. The large Georgetown location also closed around the same time as Reston’s.

But that doesn’t mean new ones will “never” open.

The Washington Business Journal reported on Thursday that a new Barnes & Noble will open in at One Loudoun, a mixed-use development in Ashburn, in 2017.

Construction of the 18,000-square-foot store will begin next year, WBJ reports.

Does this mean all hope is lost for Barnes & Noble re-opening here? With new retail developments planned at The Spectrum, RTC West, Reston Heights and Crescent/Lake Anne, there will certainly be available space. Stay tuned.