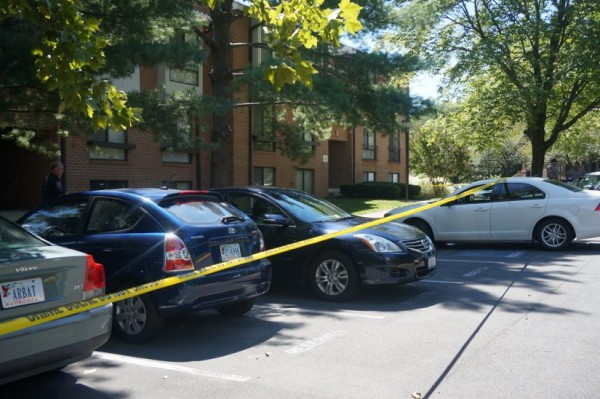 Fairfax County Police are looking for a suspect in the stabbing of a man Thursday morning in the 11600 block of Charter Oak Court in Reston.

Police were called to the Charter Oak Apartments a little before 11 a.m. They found a man who had been stabbed in the upper body, officers said. Fairfax County’s Fire Rescue helicopter landed on the Hidden Creek Country Club golf course nearby and took the victim to Inova Fairfax Hospital, police said.

There appeared to be no signs of forced entry in the man’s apartment, police said. They said it did not appear to be a random event and that public safety was not in danger.

Police K9 units and the helicopter were called to look for suspects. Police said they had no descriptions or leads as of 11:40 a.m.