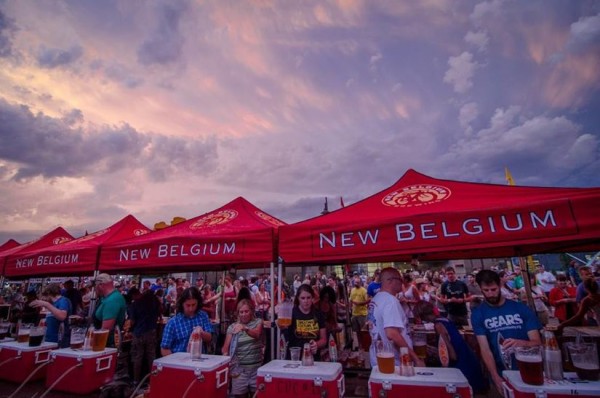 A celebration of beer and movies comes to Reston Town Center on Thursday, Sept. 10, and proceeds from the event will benefit Fairfax Advocates for Better Bicycling (FABB).

This is the sixth year the New Belgium Brewing Company has sponsored the Clips Beer & Film Tour road show, which is traveling to more than 20 towns this summer.

New Belgium says that 100 percent of the proceeds from beer sales benefit a local non-profit working to improve the community — in this case, FABB.

The Clips Beer & Film Tour has raised more than $520,000 for local organizations, and 75,000 people have sampled beer and watched films, the beer company says.

Here is what you need to know

Cost: Admission is free. All ages are welcome.

About the Beers: At each tour stop, guests are invited to try New Belgium’s unique Lips of Faith series, as well as popular classics. The beer list features everything from wheat beers to IPAs. Many of these beers can be hard to come by, especially the popular barrel-aged sour offerings (La Folie and Eric’s Ale) and the “available-only-at-Clips” Film Noir, a caramel, chocolate, vanilla, milk, imperial milk stout. They call it “an epic milk dud in beer form.”

About the Films: New Belgium holds a contest that gets more than 100 submissions. The company selects about 15 five-minute films for inclusion on the tour each season.