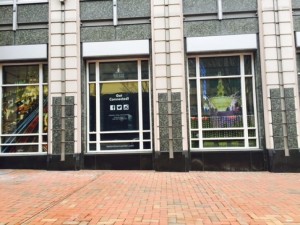 The AT&T store will move to a larger space at Reston Town Center.

The store is currently located at 11862 Market Street. The company has filed permits and is renovating 1810 Library Street, which formerly housed The Dandelion Patch.

The Dandelion Patch, a stationary and gift store, closed its Reston location in early 2015.

AT&T had two stores in Reston until recently. The location at North Point Village Center closed its doors in October of 2014.

No moving date for the Reston Town Center store has been announced.