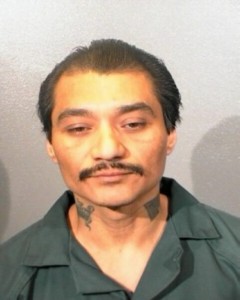 Update, 7 p.m. Thursday: The temporary order has been lifted and the execution will likely take place at 9 p.m. Thursday.

Update, 4:30 p.m. Thursday: Late Wednesday afternoon, a federal judge in Alexandria issued a temporary restraining order on Virginia carrying out the execution, which was scheduled to take place at 9 p.m. Thursday.

At issue is the supplier of the drugs for the scheduled lethal injection.

Original story, 9 a.m. Thursday: Alfredo Prieto, convicted in 2010 for a rape and double homicide near Reston, is scheduled to be put to death on Thursday after Gov. Terry McAuliffe denied a stay of execution earlier this week.

“After a thorough review of the facts of this case, the actions of the various federal and state courts, and the petitions and recommendations of individuals representing both Mr. Prieto and the families of his victims, I have decided not to intervene in this execution,” McAullife said in a statement. “Mr. Prieto was convicted in a fair and impartial trial, and a jury sentenced him to death in accordance with Virginia law. Federal and state appellate courts have extensively reviewed his case and denied his requested relief.”

Prieto, now 49, was sentenced to two death sentences in December 2010 for the murders of Rachael Raver and Warren H. Fulton III, both 22. The couple was murdered in 1988 on a vacant lot off Hunter Mill Road. Raver was a recent graduate of George Washington University, and Fulton played on GW’s baseball team.

Evidence of a Prieto’s involvement in a third slaying, in Arlington in May 1988, was also presented to the jury during its sentencing phases.

Prieto may be responsible for nine killings between 1988 and 1990, when he was arrested in Ontario, Calif., for the rape and murder of 15-year-old Yvette Woodruff., authorities said. Prieto was sentenced to death in the Woodruff case in 1992, but his California appeals continue.

Prieto was linked by DNA to the Hunter Mill and Arlington murders in 2005. Authorities extradited him from California for trials here.

Prieto’s was first tried in Fairfax in 2007, where a jury rejected his defense attorney’s claims his IQ met the standard for mental retardation defense and convicted Prieto of capital murder and rape. But a juror refused to continue deliberating during sentencing and a mistrial was declared.

Prieto was tried again in 2008. The jury again rejected the retardation defense, convicted Prieto and voted for two death sentences. However, the sentences were reversed on appeal.

The third trial, for sentencing only, was held in 2010. The jury voted for two death sentences. The most recent appeal was rejected earlier this year.

Added McAullife:  “It is the Governor’s responsibility to ensure that the laws of the Commonwealth are properly carried out unless circumstances merit a stay or commutation of the sentence. After extensive review and deliberation, I have found no such circumstances, and have thus decided that this execution will move forward.”

“I will continue to pray for all of the individuals and families affected by these tragic and horrible crimes.”

Prieto is the first Virginia prisoner to be executed since January 2013.