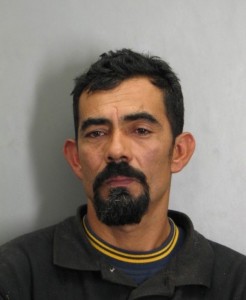 Herndon Police have made an made an arrest in an attempted abduction case of a teenage girl in July.

Police said that Jose Guadalupe Santamaria, 40, of Herndon, tried to kidnap a teen on July 13. A similar case occurred near Fox Mill in early August.

Santamaria is charged with abduction with the intent to defile and attempting to entice a subject into a dwelling. He is being held at the Fairfax County Adult Detention Center without bond.

Police say a teen girl was waiting for a bus in the 1300 blcok of Springtide Place about 7 a.m. when Santamaria, approached her and offered her money to come to his house. The girl told police she refused and walked away.

Santamaria then approached her from behind and tried to force her to come with him, police say. The teen broke way and ran back to her house.

Law enforcement located Santamaria near a residence in Loudoun County and arrested him.