South Lakes High School is among 11 Fairfax County High Schools that made gains in all three SAT areas this year. 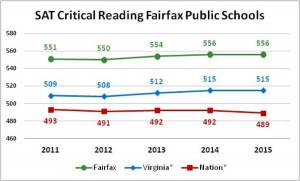 Overall, students in the FCPS’ class of 2015 continued to post SAT scores above state and national averages, according to results released by the Virginia Department of Education. 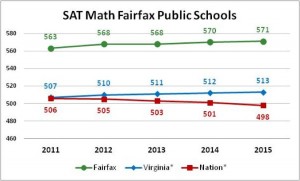 FCPS average scores increased 1 point in Mathematics and remained the same in Critical Reading and Writing when compared to 2014 results. See how the schools compare in this FCPS chart. 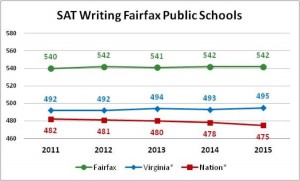 FCPS has broken down results in various categories. See more on the FCPS website.

The SAT test will undergo major changes in 2016, says The College Board. The test wil revert back from a total possible score of 2400 to a total of 1600. The format of some questions will change, and the essay portion, added in 2005, will become optional.