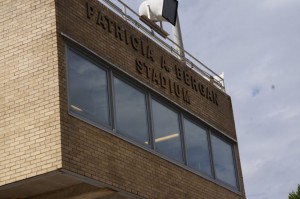 In Friday’s game, the Cougars and Seahawks went into halftime tied at 14. After a scoreless third quarter, Oakton got the ball deep in South Lakes territory twice, where wide receiver Jarrett Bacon scored on runs of 13 and 8 yards to put Oakton up 28-14.

Grunchie finished the game with seven catches for 114 yards.

It was South Lakes’ first playoff game since 2010.