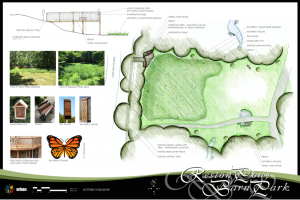 Reston Association’s Board of Directors is in the midst of budget planning for 2016 and 2017 and is eying spending more than $5 million over the two years on a long list of improvements, including a revamp of the Pony Barn recreation area and the Central Services area.

The association is looking at a $2.4 million Capital Repair and Replacement Budget for next year (boosted by $98,000 from Comstock’s $650,000 developer contribution from the Tetra purchase and the addition of BLVD apartments). The proposed budget will be $2.8 in 2017, with a $48,000 influx of Comstock money.

What’s RA planning on doing with the money? Repairing aging facilities, of course, but also acquiring some new additions.

There will be a public hearing on RA’s proposed 2016-17 budget Thursday at 6:30 p.m. at RA offices, 12001 Sunrise Valley Dr. The RA Board — which says assessments will likely be $657 in 2016 — will vote on the biennial budget and member assessment rates by the end of the year.

Here are some of the planned spending areas:

Pony Barn: $175,000 each year for renovations at the Pony Barn. This project began with RA setting aside $30,000 to add lighting and a new floor in the aging picnic pavilion. Community and citizen committee recommendations, however, morphed the approved project into one with new play equipment, better accessibility for those with disabilities and kiosks with historical info, among other amenities.