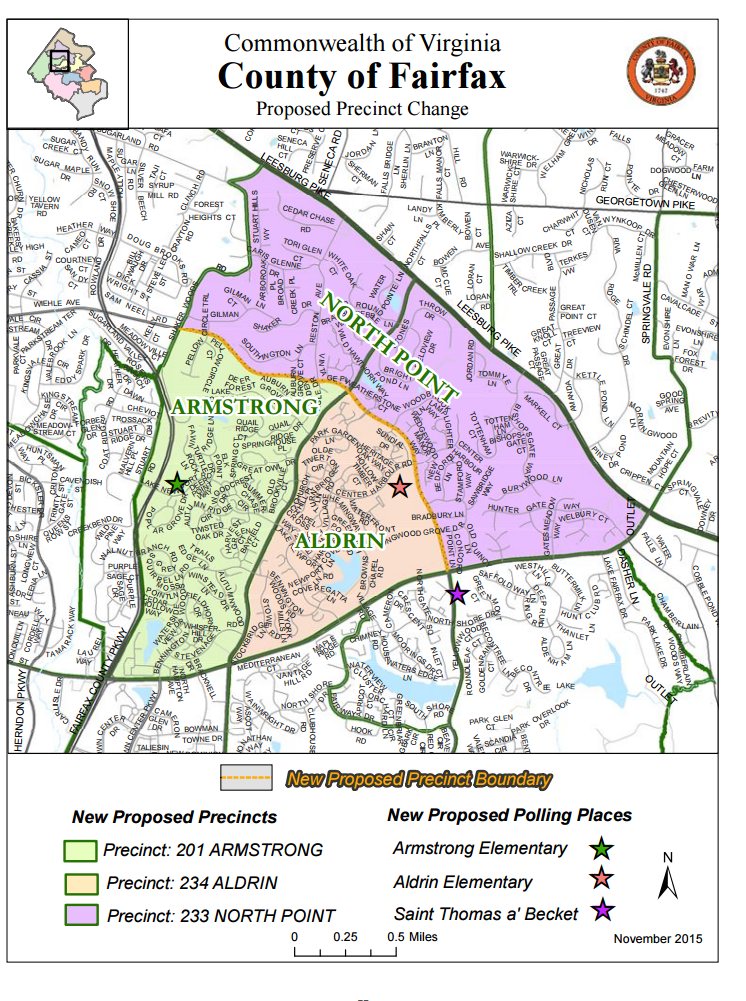 North Reston voters may soon find themselves voting in a new precinct beginning with the March 1 “Super Tuesday” presidential primaries.

The Fairfax County Board of Supervisors will hold a public hearing on Dec. 8 to consider changes to the election precincts and polling places.

Fairfax County staff is making the recommendation that Aldrin and North Point precincts, which currently have a combined roster of nearly 9,000 registered voters, divide to create a new precinct to redistribute the voters in this area.

The proposal will create a new precinct from the southern portion of North Point to be named “Armstrong,” and its polling place will be established at Armstrong Elementary School (11900 Lake Newport Road, Reston).

The southern portion of Aldrin will retain the name “Aldrin” and its polling place
will remain at the Aldrin Elementary School (11375 Center Harbor Road,
Reston).

The additional polling place would cut down on lines in busy election years. Aldrin would have 2,892 registered voters; Armstrong, 3,376; and  Northpoint , 2,998, county officials said.

More Stories
Today: Reston is Getting a BookstorePolice Arrest Three in Robbery, Assault of a Teenager