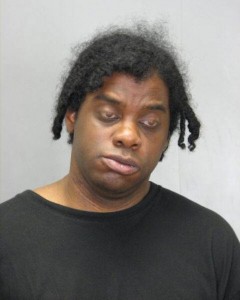 Fairfax County Police have arrested a 35-year-old man in connection with a commercial burglary that took place on Sunday.

Shoron Junior Wilkerson, of Fairfax, was charged with unlawful entry and burglary after he was seen on a video camera inside the building.

On Sunday, Nov.29, around 10:43 a.m., FCPD officers responded to the Astute Technology Building in the 11700 block of Bowman Green Drive for a burglary in progress call.

The owner was monitoring this location utilizing a video link that enabled him to see the inside of the building in real time, police said.

A subject was seen inside the building and police were called. The suspect moved out of view of the camera and his last known location was reported as being in the lobby.

Officers set up a perimeter outside the building and apprehended Wilkerson after he exited.