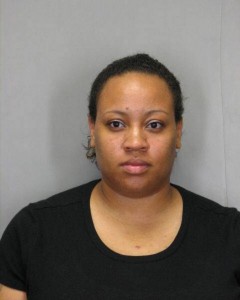 Fairfax County Police arrested a 30-year-old woman with assault on a law enforcement officer after they say she struck an officer in a Herndon-area parking lot over the weekend.

Police from the Reston District Station were called to the 2400 block of Centreville Road for a report of a disorderly crowd outside of Breakers Billiards Saturday at about 1:50 a..m.

When they arrived, they found a crowd of about 25 people dispersing. One person remained, though, and approached and struck an officer, police said.

Denetra Antwanette Bryant of Reston was arrested and charged with being drunk in public and assaulting a law enforcement officer.