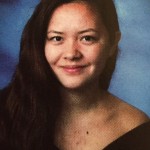 Services will be held later this week for Michelle Buck, the South Lakes High School 2014 grad who was killed when she was struck by a car last week.

Buck, a sophomore at Ursinus College in Collegeville, Pa., was crossing a street in Collegeville Thursday when she was hit by the driver of a Nissan Murano. Police are still investigating the accident.

Buck, from the Fox Mill area of Herndon, had recently declared her intention to double major in philosophy and neuroscience, the college said. At South Lakes, she was an accomplished violinist, and she continued playing with a strings group at Ursinus.