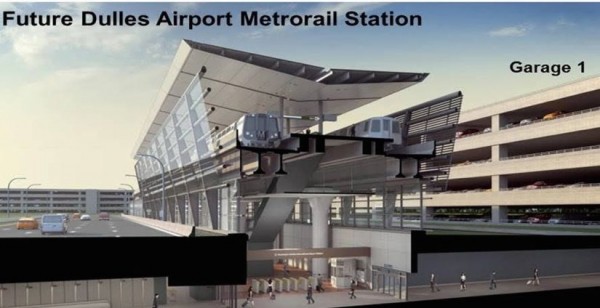 The northern portion of the underground walkway from Parking Garage 1 and the Main Terminal at Washington Dulles International Airport will close on Jan. 11 for construction of Metro’s Silver Line station.

Signage within the garage and the terminal will direct passengers to increased shuttle bus service for travelers parking in the garage.

“The expansion of the Silver Line Metrorail to Dulles International will play a significant role in the airport’s future,” Jack Potter, president and chief executive officer for the Metropolitan Washington Airports Authority, said in a statement. “This temporary tunnel closure ultimately will result in a much more accessible airport and an enhanced experience for passengers.”

The Metrorail station will connect to the existing underground walkway between the garage and the terminal. The work on the station connector, which is expected to last up to 24 months, includes multiple utility and communication line installations and reconfigurations, shortening the existing moving walkways to accommodate the new rail station, and adjusting the walkway grade to match the station’s mezzanine level.

The Dulles Metro station is part of the Silver Line’s Phase 2 expansion, which will take Metro service from Wiehle-Reston East to Dulles and into Loudoun County. It is expected to open in early 2020.