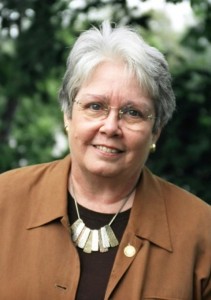 Fairfax County election officials are concerned that fights and other chaos may ensue when state officials demand Republicans pledge their support in Virginia’s March 1 primaries.

“That’s about as contentious as anything we can possibly be doing in a polling place on Election Day,” she told the supervisors. She said she is concerned about backlash from Donald Trump supporters — and opponents — that could occur at polling places.

The Virginia Republican Party said it will require voters to affirm that they are Republicans before they get a ballot for that primary. Trump, the Republican frontrunner, has said he opposes the demand.

Virginia voters do not register by party. Republican leaders have said the pledge will keep Democrats from casting ballots.

The school board voted in October to have a two-hour delay on March 1 — “Super Tuesday” — in order to accommodate voters at county polling places, which include 167 schools. Fairfax County Schools are always closed in November for the general election.

Hanley said Tuesday she believes the risk of arguments or fights over the pledge is large enough to justify canceling classes.

The supervisors voted 9 to 1 Tuesday to ask the school system to cancel classes. Kathy Smith (Sully) was the lone dissent.

Meanwhile, Fairfax County Public Schools Superintendent Karen Garza said “at this time, there are no plans to close schools for the entire day on March 1.”

FCPS is obligated by law to have a 180-day calendar, and if FCPS is closed for primary day, another student holiday would need to be used as school day.

For many years, schools have been open and serving as polling locations without incident.  The safety of our students, staff and visitors is always our priority and we work closely with election officials, our security team and law enforcement to ensure the safety of all.  On election day,  all school staff and voting officials at each site are asked to remain vigilant and quickly report any suspicious or inappropriate activity. Extra security patrols are added to address any concerns the schools may have and parent volunteers often assist by walking hallways and monitoring public areas.

Today’s suggestion to close schools on March 1 came as a complete surprise to both FCPS staff and the School Board.  FCPS will be reaching out to the Elections Office to learn more about the new security concerns that have been raised. FCPS will continue to keep the community informed regarding any new developments.