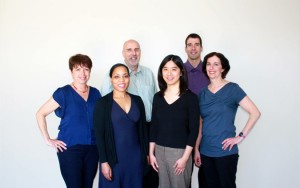 Reston Pediatrics, one of Reston’s busiest pediatric practices for more than 20 years, says it will relocate its offices to Loudoun County next week.

Reston Pediatrics — Drs. Ruth Mann, Martin Forman and Judit Sivo — is joining with the doctors from its Sterling location to consolidate into one new office at 44160 Scholar Plaza in Landsdowne.

Dr. Forman said the lease at the Reston office at 11130 Sunrise Valley Dr. was expiring, as was the lease in Sterling.

“It was time to consolidate and have all the doctors in one place,” he said.

Forman has practiced medicine in Reston since 1985, founding Reston Pediatrics with Dr. Mann in 1989. The office had been located on Sunrise Valley for 18 years.

Forman says the practice draws from a wide area — some from as far away as Woodbridge — so many patients were already traveling a bit to get to Reston (and many in the Herndon/Great Falls/Ashburn area will actually find the new location more convenient, he said).

He said he hopes that most patients will follow the doctors to a new office. However, he also said he understands if the ride is too long for some busy families.

Still, some parents say they are scrambling to either find a new pediatrician in Reston or to make plans to trek around 15 miles to Landsdowne with a sick child.

Several parents of young patients said they had not been contacted by Reston Pediatrics and were surprised to hear the news Tuesday.

One Reston parent said she inquired by email, and Reston Pediatrics told her they thought postal mail was not the most effective way to reach patients.

“After evaluating the different methods of notification and trying to decide what methods would reach the most patients effectively, snail mail did not seem like the best method due to the way our computer system is set up. We have a large amount of patients to notify and social media, the website, as well as email notification through the portal seemed the best way to make patients aware,” Reston Pediatrics told her in an email. “We are also notifying all our upcoming well check patients telephonically, and telling patients (parents) when they call in.”

The parent, who asked her name not be used to protect her sons’ privacy, said her 10-year-old son has been a patient at Reston Pediatrics since birth and her 22-year-old son also was seen there for 16 years. She said she will start shopping for a new practice closer to home.

Another parent of a 2-year-old said she also was not contacted, was not pleased to hear the practice was moving and would likely look for a new doctor.

“We initially chose this pediatrician because they were so close to our home and work so we may eventually want to switch to a closer practice,” she said. “My son is almost two and has been going to Reston Pediatrics since birth! I’m not happy to hear this news at all.”