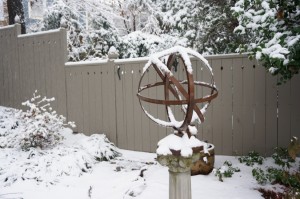 Fairfax County Schools will be closed on Thursday, Jan. 21.

That’s a departure from the announcement the school system made Wednesday night, when it said there would be a two-hour delay after a small amount of snow fell during rush hour and into the evening.

There was significant re-freeze overnight and the roads are not in good condition this morning, according to DC-area forecasters and traffic-watchers.

The Virginia Department of Transportation is urging motorists who must head out to use extreme caution, as low ground temperatures overnight mean that even treated roads have refrozen. ”

“Slow down, allow extra time to destinations, and take extra care on areas prone to freezing such as bridges, ramps and secondary roads,” VDOT said in a statement.

About 500 trucks worked through the night to clear extremely treacherous conditions, said VDOT. Crews will remain on duty through the morning rush hour to continually treat slick roads.

Traffic officials are hoping to avoid a repeat of Wednesday night’s commute, where many people said it took hours to make a what is usually a 30-minute commute. Major arteries such as I-66, Route 123, and I-495 were jammed, leaving drivers frozen and frustrated.

Me stuck in traffic on MD-210 around 11pm last night. From Reston to Waldorf took 10+ hours. @fox5dc @WTOPtraffic pic.twitter.com/9K4UknFz58 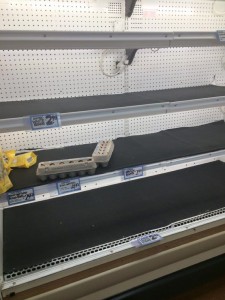 And this is all just a warm-up — or cold-up, even though that’s not a phrase — to the big storm expected to hit Reston and Northern Virginia Friday night and Saturday. The National Weather Service has issued a Blizzard Watch, saying the storm — expected to begin Friday afternoon —  could have two feet of snow, high winds and power outages.

Reston Now will give you more information on updates forecasts and additional closings for Friday’s storm as it gets closer.