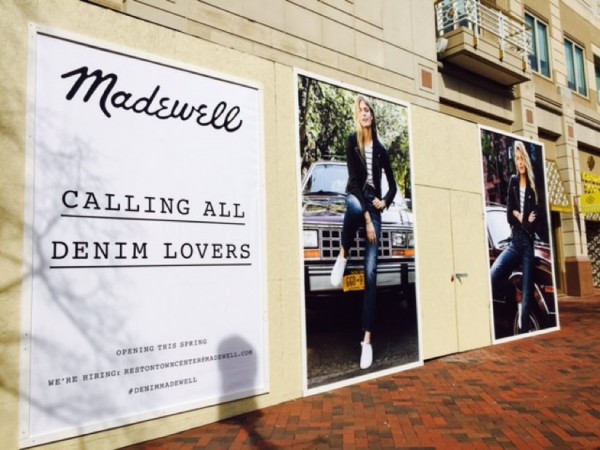 Reston Town Center’s newest store is opening soon, but not as soon as expected.

Madewell, the sister brand of J. Crew, was slated to open in the former Ben & Jerry’s space at 11928 Market St. in January.

Obviously, that date has come and gone, but at least construction has begun in earnest. The “coming soon” sign and construction fencing recently went up around the windows of the location.

The new opening time is “this spring,” according to the placared.

Madewell is considered a younger, hipper version of J. Crew. Madewell specializes in jeans, leather jackets and totes, and other casual clothes.

Madewell is currently hiring for the Reston store.

Ben & Jerry’s, meanwhile, is in the permitting and construction process to open a new store a couple of doors down on Market Street.