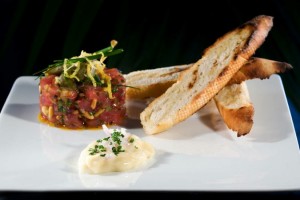 At the suggestion of Supervisor Cathy Hudgins (D-Hunter Mill), the Fairfax County Board of Supervisors will be taking another look at instituting a meals tax.

Hudgins made the motion after a sometimes emotional supervisors meeting on Tuesday, where the board passed an advertised 2017 tax rate rise of 4 cents. Some supervisors advocated for a higher maximum tax rate of 5 or 6 cents per $100 of real estate value.

The motions for those rates did not pass, with some supervisors, including Hudgins, saying they did not feel right raising taxes that high when many county residents, particularly senior citizens on a fixed income, could not afford that large an increase.

But with the Fairfax County Public Schools facing a $68 million budget gap and potential cuts and with the county’s $3.99 billion budget feeling strain, some officials say more money has got to come from somewhere.

Hudgins said a 4-percent meals tax, similar to rates in nearby jurisdictions such as Vienna, Fairfax City, Arlington County and Alexandria, would provide $90 million in annual revenue.

A meals tax for Fairfax was last discussed in 2014, when Sharon Bulova, Chair of the Board of Supervisors, established a task force to look into the possibility.

The task force came back with some pros and cons of a meals tax, but ultimately decided not to move forward with the next step, a voter referendum on the issue.

The last time the question was put to Fairfax County voters was 1992. It failed.

While the supervisors unanimously approved the motion to get an update of the 2014 meals tax report, many made it clear they do not support actual passage of a meals tax.

Pay Herrity (R-Springfield), who said he opposes the tax, reminded the board that even if the meals tax could be put to voters for a referendum this fall, it would not help the 2017 budget.

Penny Gross (D-Mason) said “a lot has changed since 2014. The community is ready for a discussion now.”

Jeff McKay (D-Lee) said he would need reassurance that 100 percent of meals tax revenue would stay in Northern Virginia, and that Richmond lawmakers would not see the additional revenue as a reason to cut back contributions to Fairfax County coffers.