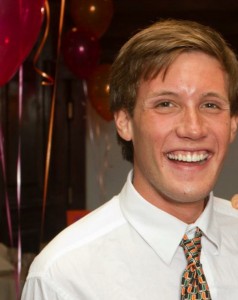 Levine was a 2013 graduate of Herndon High School who was a junior Political Science major at the University of Miami.

At Miami, he was a member of Alpha Epsilon Pi fraternity and was active in undergraduate student government.

Levine’s larger-than-life personality and witty sense of humor made him the life of the party, whether it was a gathering of two or a stadium full of fellow students.

“Truly beloved by all, Adam’s outgoing, caring personality and sense of humor was known to always make his friends smile,” Miami’s Vice President for Student Affairs Patricia Whitely said in a statement. “With a remarkably joyful disposition, he enjoyed helping his fellow students.” 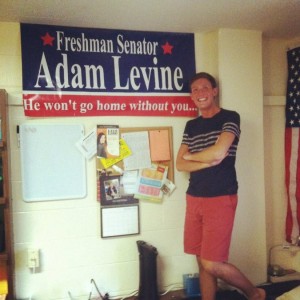 Levine spent a semester abroad in Sydney, Australia, last year and had plans to enroll in dental school after graduation.

He had a passion for leadership and helping others, working when he was a teen as a teacher at Northern Virginia Hebrew Congregation’s (NVHC) religious school and as a counselor at its summer camp for preschoolers.

Robert Nosanchuk, a family friend and the former rabbi at NVHC, said Levine has always been “the kind of kid people gravitated toward.”

“I first met him when he was nine, and that was the same kid at 21 the students at University of Miami will miss,” said Nosanchuk. “He was so affectionate and open hearted. He defined loyalty and protection. I saw that time and again. If this [tragedy] had happened to someone else, he would care more than anyone else. He was such a loyal, consistent friend.”