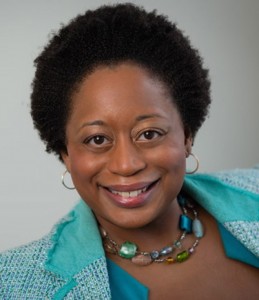 This is an op-ed by nonprofit executive Amanda Andere, who formerly served on the Reston Association Board of Directors. It does not reflect the opinion of Reston Now.

Reston Association members have already received their ballots for board elections. Several people have asked me who I will be supporting in the At-Large race.

There is really only one choice if we want a community leader committed to engaging members, bringing together diverse groups to solve problems; who is dedicated to good governance, and community. Eve Thompson.

I have spent the last 12 years living and working in Reston. For the last eight years as a homeowner, and for all of those years working as a staff or volunteer for nonprofits concerned about living out Bob Simon’s dream that this be an economic inclusive community. Eve Thompson is a person I first met when she was honored as a Best of Reston awardee, and she continues to live out that vision of a place where people don’t just live, but feel part of the community.

I served on the Reston Association board with Eve and admired her dedication to our members and her ability to bring people together, even when they disagreed, to do what was best for Reston.

In the next few years Reston Association will have to make some critical decisions about how we offer the best value and services to residents during a period of unprecedented growth. How we engage a diversity of voices in those decisions and balance our needs versus our wants with the highest amount fiscal responsibility and fiduciary oversight.

Eve has proven to have those skills in her role as a current board member and her leadership in reviving Lake Anne as the former president of  the Lake Anne Merchant’s Association and active member/leader of many Reston task forces and coalitions that have addressed the critical sustainability and viability issues facing our community.

Eve is the choice for the Reston Association At-Large seat if you want all of the qualities of what makes Reston a wonderful place to live. A leader who understands where we have been, but can see how we need to change in the future.