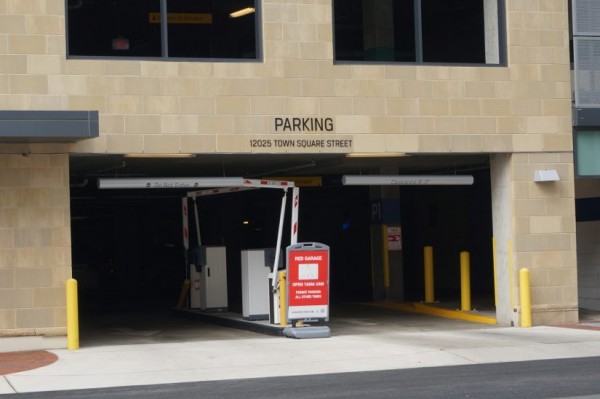 At least two petitions have been organized by Reston Town Center patrons in response to the news that the mixed-use area will go to a paid parking system this August.

There is a petition on Change.org, as well as on on StandUnited.org, reflecting the frustration of many RTC patrons. From the StandUnited petition:

To Boston Properties: Your paid parking plan is going to kill the Town Center, not help it. Instead of making RTC appealing to people who want to grab a bite to eat or stop at a few shops, you are penalizing them.

Part time and full time hourly employees should not be penalized because commuters have been taking advantage of your parking structure. You are stealing money from people who are trying to better themselves by charging employees monthly fees to park where they work. What other retail places charge employees to park?

Please reconsider your paid parking plan. Tyson’s Corner was able to cut down on commuter abuse without penalizing the store patrons and employees. It’s not right to make businesses who are already paying an exorbitant amount in rent have to subsidize their employees’ and customers’ parking.

A RTC spokeswoman said last week that an app-based system that will go into place in August. The app, RTC Park, will also help patrons locate their car and pay the parking charges by credit card.

Parking will cost $2 an hour. Store and office employees will have to pay for parking as well, but monthly passes (up to $70 for office workers; $50 for retail workers) are being offered. Many stores also say they will offer validation, but that exact plan has not yet been worked out.

Parking will still be free on weekends, holidays and during major community events such as the holiday parade, Oktoberfest Reston or the Northern Virginia Fine Arts Festival. There will also be designated free parking for quick stops at stores such as FedEx, CVS and the dry cleaners.

“We have been discussing paid parking options since the Silver Line was approved,” said RTC spokeswoman Marion Myers. “Since last year’s opening of the Wiehle-Reston Metro Station, we have seen an increase in the already problematic use of RTC parking by commuters and non-patrons. The upcoming additional Reston station will only add to the problem.”

The Reston Town Center Metro station is scheduled to open in 2020.